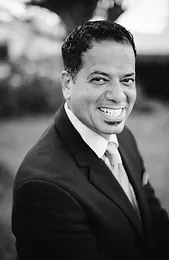 Born and raised in New York City, John grew up on the Upper West Side. He recognized at an early age his curiosity and passion for art, design, and marketing.

A young break-dancer on the streets, an opportunity to break into the entertainment industry brought him out to Los Angeles.  While auditioning, John found employment at the celebrity hotspot pool & spa at the Four Seasons, Beverly Hills. Immediately, he fell in love with the exceptional level of service and amenities provided to guests.  From that day forward, John knew he had found his calling and decided to focus his life’s pursuit of happiness in the hospitality/restaurant industry.

Over the years, as a result of John’s qualifications, expertise and reputation in the industry, John was asked to be part of many different restaurant and hotel projects: Ian Schrager’s hip and sophisticated Hudson Hotel and the Morgan and Royalton Hotels “boutique hotels,” which were a new concept and growing trend at that time. To name just a few, John found himself at the forefront of many a welcome opportunity for him to think outside the box and implement fresh ideas and concepts.

In 2015, John took a vacation to Naples, Florida and immediately fell in love with all that Naples had to offer.  He recognized the potential growth and opportunity Naples presented, especially recognizing that Naples did not offer many, if any, outlets for “authentic” Spanish and high-end Latin cuisine.  First generation to the mainland, John’s parents are from Puerto Rico, and loving not only the home cooked comfort food of the island, but also the cuisine of the “motherland,” John’s biggest dream was to share Spanish and Latin cuisine, in its many different forms, with the Neapolitans.

In 2017 he decided to make his move, and now resides permanently in Naples, with his partner, Linda, and their combined five children.​

After searching for almost four years in Naples for just the right spot to develop his own Spanish influenced restaurant, John finally found the opportunity he had been waiting for.  How fortuitous it was to meet Dr. Orlando Fernandez, then owner of Barbosa Kitchen.  Upon meeting, immediately the two decided it was time to take Barbosa Kitchen to a another level, so they partnered.  John rebranded Barbosa Kitchen, including an entire makeover of the interior: fresh paint, Moorish style tiles, crystal chandeliers, gold framed vintage travel posters, red roses, dim lights, candles, action: voilá: Bodega Olé is born!

Let’s not forget to mention two hot new chefs, a creative and ever evolving Spanish inspired menu, nightly entertainment, a diverse and exciting wine list, the best churros in town (if we do say so ourselves), and a team who truly wants to take care of their restaurant patrons, to see them enjoying the food, atmosphere, and most of all, having a wonderful time.

Bodega Olé offers a warm, chic, intimate setting with a Spanish flair- great for a date night – with delicious food and a vibe that is different from anywhere else in Naples.

All of the above is who we are, and much more . . . but you will have to come in for your Spanish dining experience to really understand.

We look forward to that day.  Olé!